Meet Amy Hartzog, Software Engineer and musician. Though this musical theater superfan once dreamed of playing clarinet on Broadway, she chose to major in Computer Science at Loyola instead. However, she’s assured us that she’s quite happy with her back-up career developing software. That’s because Amy sees software development as a tool to create positive change in the world. She’s driven by “the ability to create software that can impact real people using just a computer and your brain.”

In her daily life, Amy finds inspiration in others who have made a profound impact, particularly after overcoming significant challenges. “It’s amazing to hear stories of people like Malala Yousafzai who turned something terrible into an opportunity to share her story and help make the world a better place.” And, she says, “As a female developer, I love hearing stories of strong women who excel in their fields.”

At Asymmetrik, Amy gets to solve mission-critical problems for our government customers, which she finds “really exciting” and meaningful. Plus, she loves the friendly and laid back vibe of The A-Team. We’re happy to say that the feeling is mutual. Get to know more about Amy below!

Life Outside the Office

Traveling and learning about different cultures are two of Amy’s favorite things. So far, she’s been to 10 countries around the world, but notes that her time studying abroad in New Zealand “was one of the most amazing experiences of my life.” During her 6 months in Auckland, Amy pushed the boundaries of her comfort zone. She got in touch with her “inner adrenaline junkie” and did things she never thought possible, like bungee jumping, skydiving, zorbing, and black water rafting.

While it was challenging being halfway around the world from friends and family, the experience ultimately helped her grow. As a result, Amy says she became more independent and took more risks. One of those risks involved “driving on the left side of the road in a beat down 1980s minivan.” Hmmm, sounds like there’s a good story there! 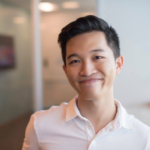 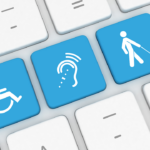