Like many A-Team members, Bryan Young has no shortage of talents. Around here, he’s not just a software engineer and key member of our healthcare team, he’s a globe-trotting bassoonist too. Though Bryan’s interest in music began with the violin, it was love at first sight once he saw the bassoon. Back in second grade, he wasn’t yet tall enough to play, so he had to wait another year before he could even take a bassoon class. After joining the DC Youth Orchestra, he discovered that he had both natural talent and an affinity for the spotlight.

We suspect that 7-year-old Bryan would be pleased with the way things turned out. To this day, winning the National Symphony’s competition at age 19 remains one of his proudest achievements. The prize: performing a bassoon solo in front of 40,000 people in DC.

Today, Bryan is living out his dream as an active touring musician. As the bassoonist for The Poulenc Trio, Bryan has traveled all over the world, playing in 45 U.S. states plus music festivals in Italy, Mexico, and Russia.

A State of Flow

Bryan sees parallels between music and software development. “To be good at development, it takes a level of intrinsic motivation and self learning. The ability to stare at music or at a screen for hours at a time figuring out problems. It’s the same “flow” state you get into with music.” The satisfaction comes from “working hard and producing something solid as a result of the effort you put in”. Looking back, Bryan is grateful for his grounding in STEM and the Arts. He appreciates that “Arts and Humanities teaches you about human intelligence. It gives a sense of balance and historical context.” Bryan sees this as a plus for software engineering, where “it’s good to have intellectual diversity on a team. It helps when people can look at problems in different ways”.

From Bassoon to Basic

Initially, Bryan’s father, a hardware engineer for Xerox, introduced him to technology. He recalls fond childhood memories of sitting together with his dad, watching him program. Bryan’s insatiable curiosity means he’s always seeking out new things to learn. So, while pursuing formal training in music at Peabody Conservatory and Yale, he taught himself how to program in BASIC.

Still, Bryan credits music for opening doors throughout his life, including the pathway to software engineering. Through the local music community, he befriended a pianist who invited him to a party at Cal Ripken’s house. There, he made an important connection with a department head at Johns Hopkins. Shortly thereafter, Bryan helped Johns Hopkins build its first website in Javascript and PHP. He continued to grow his software career, eventually becoming a full-stack developer at Asymmetrik.

Bryan appreciates the work/life balance at Asymmetrik, which allows him to do what he loves most: learn new technology, travel and spread the joy of music. Since he believes strongly in giving back to the community, he and The Poulenc Trio are involved in multiple musical and education outreach programs. Designed to share the gift of music, the programs range from interactive concerts for kids, to master classes for adults. In the future, Bryan envisions expanding this work to help people in underserved areas without access to music education and opportunities.

Most importantly, he wants to “do well by family and friends, give back, and help create something interesting.” That, he believes, is the key to living a good life. We wholeheartedly agree! 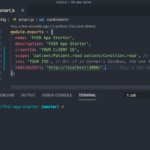 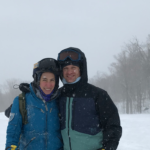 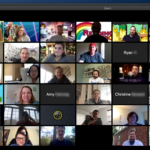 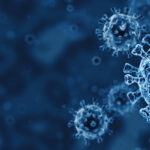 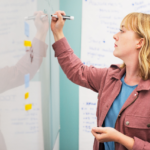